The Working Life of Jean-Luc Godard 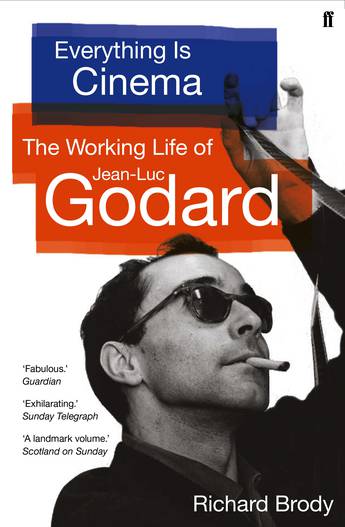 Richard Brody's Everything is Cinema: The Working Life of Jean-Luc Godard is a landmark biography of one of the great controversial geniuses of world cinema.

Jean-Luc Godard is one the most influential filmmakers of the last fifty years. Scorsese, Tarantino, Wong Kar-Wai and Lars von Trier are but a few of the directors who have fallen under the spell of his freewheeling style. In his 1960s heyday Godard - always in dark shades, cigarette in hand - epitomised European cool. But he subsequently grew into one of the most formidable artists the cinema has produced. Writer and film-maker Richard Brody, one of the few to have interviewed Godard in his Swiss retreat, here offers an accessible account of this extraordinary and fascinating artist.
More books by this author

Richard Brody, a film critic and editor at The New Yorker, is also an independent filmmaker who lives in New York City. Everything Is Cinema is his first book.