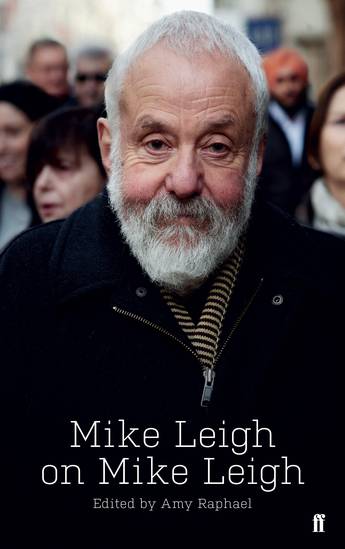 This new edition updates Mike Leigh's career to his most recent films, Mister Turner and the epicmasterpiece Peterloo.

Five-time Oscar nominee and BAFTA winner, the only British director to have won the top prize at both Cannes (for Secrets & Lies) and Venice (for Vera Drake) - Mike Leigh is unquestionably one of world cinema's
pre-eminent figures. Now, in this definitive career-length interview, he reflects on all that has gone into the making of his unique body of work.

In their commingling of bleakness and humour, Leigh's films recreate the tragi-comic world of people whose everyday lives are far from glamorous: a world in which 'the done thing' usually prevails, contrary to our inner hopes, wants or needs. Leigh's work has always reflected its times and entered the vernacular, whether the harsh studies of Meantime and Naked or the humour of the now-legendary Abigail's Party and Nuts in May.

Above all, Leigh is an accomplished storyteller, and these films deal with universal themes: births, marriages and deaths, parenthood and failed relationships, families and their secrets and lies.

Within these pages Leigh speaks to Amy Raphael more openly than ever before of his life and inimitable working method, revealing himself as passionate, forthright, no sufferer of fools, but the owner of a dry and playful Mancunian wit.
More books by this author

Born in Salford, Manchester, in 1943, Mike Leigh has developed a unique method of creating films through controlled improvisations. After his debut feature film, lBleak Moments (1971) he made a succession of admired TV plays, then returned to feature films. Secrets andLies won the Palme d'Or at Cannes in 1996. Topsy-Turvy (1999) won two Oscars, and Vera Drake (2004), won the Golden Lion at the Venice Film Festival. He also did Two Thousand Years for the National Theatre in 2005.