From a century of films and the world's best directors 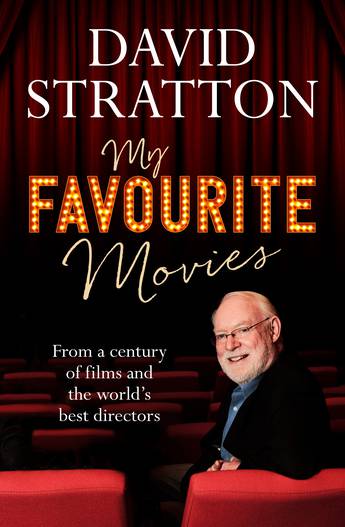 Australia's best-loved film critic shares the movies which are his personal favourites of all time, as well as titbits and insights from the leading directors and actors he has met over half a century.

Wondering what to watch next? Discover a new movie or a new director among David Stratton's personal favourites!

These are the movies Australia's best-loved film critic, David Stratton, has watched again and again. There are dramas, comedies, thrillers, musicals, westerns and arthouse classics from a century of filmmaking. From Casablanca to The Big Sleep, On the Waterfront to Lorenzo's Oil, and Jaws to Animal Kingdom, here are hundreds of hours of great entertainment.

Each movie is reviewed, with details and behind-the-scenes stories that will enhance your experience of movies you have seen before. David has met many of the directors and actors, and he includes anecdotes and memories you won't find anywhere else.

Keep David Stratton's My Favourite Movies on your coffee table, and you'll find yourself dipping into it time and time again.
More books by this author

David Stratton AM is an award-winning film critic, film historian and lecturer, television personality and producer. He has served as President of the International Critics Jury for the Cannes and Venice Film Festivals, and was for 28 years co-host with Margaret Pomeranz of SBS's The Movie Show and ABC's At the Movies. A former critic for international film industry magazine Variety, he currently writes for The Australian. He is author of four books on film, The Last New Wave, The Avocado Plantation and 101 Marvellous Movies You May Have Missed, and a memoir I Peed on Fellini.