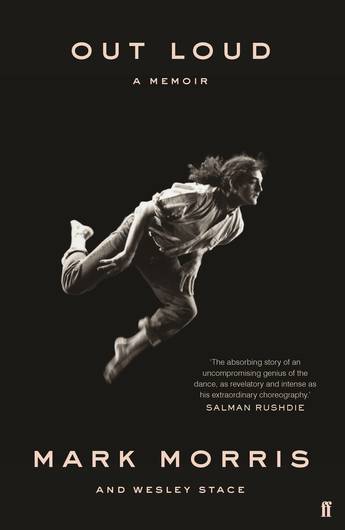 From the most brilliant and audacious choreographer of our time, the exuberant tale of a young dancer's rise to the pinnacle of the performing arts world, and the triumphs and perils of creating work on his own terms - and staying true to himself.

Before Mark Morris became 'the most successful and influential choreographer alive' (The New York Times), he was a six year-old in Seattle cramming his feet into Tupperware glasses so that he could practice walking on pointe. Moving to New York at nineteen, he arrived to one of the great booms of dance in America. Morris was flat broke but found a group of like-minded artists that danced together, travelled together, slept together. This collective, led by Morris's fiercely original vision, became the famed Mark Morris Dance Group.

Suddenly, Morris was making a fast ascent. Celebrated by The New Yorker's critic as one of the great young talents, an androgynous beauty in the vein of Michelangelo's David, he and his company had arrived. Collaborations with the likes of Mikhail Baryshnikov, Yo-Yo Ma, Lou Harrison, and Howard Hodgkin followed. And so did controversy: from the circus of his tenure at La Monnaie in Belgium to his work on the biggest flop in Broadway history. But through the Reagan-Bush era, the worst of the AIDS epidemic, through rehearsal squabbles and backstage intrigues, Morris emerged as one of the great visionaries of modern dance, a force of nature with a dedication to beauty and a love of the body, an artist as joyful as he is provocative.

Out Loud is the bighearted and outspoken story of a man as formidable on the page as he is on the boards. With unusual candour and disarming wit, Morris's memoir captures the life of a performer who broke the mould, a brilliant misfit who found his home in the collective and liberating world of music and dance.
More books by this author More books in this series

An acclaimed ballet choreographer and opera director, Mark Morris was born on August 29, 1956, in Seattle, Washington. He formed the Mark Morris Dance Group (MMDG) in 1980 and has since created close to 150 works for the company. From 1988 to 1991, he was Director of Dance at the Theatre Royal de la Monnaie in Brussels. In 1990, he founded the White Oak Dance Project with Mikhail Baryshnikov.

Wesley Stace has published four novels, including the international bestseller Misfortune. He recorded seventeen records under the name John Wesley Harding before reverting to his birth name for Self-Titled in 2013. His show Wesley Stace's Cabinet of Wonders has been a fixture in New York City and beyond for ten years