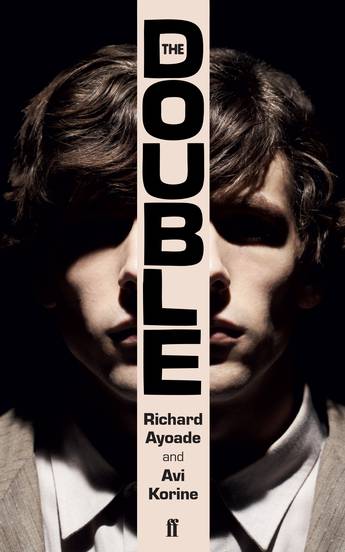 From the director of Submarine and star of The IT Crowd, The Double is Richard Ayoade's brilliant new screenplay

Inspired by Dostoyevsky's short story, The Double tells the story of Simon, a timid man, scratching out an isolated existence in an indifferent world. He is overlooked at work, scorned by his mother, and ignored by the woman of his dreams. He feels powerless to change any of these things. The arrival of a new co-worker, James, serves to upset the balance. James is both Simon's exact physical double and his opposite - confident, charismatic and good with women. To Simon's horror, James slowly starts taking over his life.
More books by this author

Richard Ayoade is a writer and director. In addition to directing and co-writing Garth Marenghi's Darkplace, he has adapted and directed Joe Dunthorne's novel Submarine for the screen, and is the co-writer (with Avi Korine) and director of the film, The Double.As an actor he is best known for his roles as Dean Learner in Garth Marenghi's Darkplace and Maurice Moss in the Emmy Award-winning The IT Crowd. Avi Korine is a Nashville-based writer, He is the co-writer, with his brother Harmony Korine, of the film, Mr Lonely.