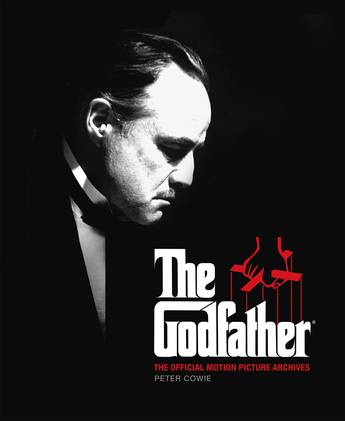 How to explain the enduring appeal of the The Godfather film and its two sequels? This book, The Godfather, concentrates on the elements that combined, against all odds, to make the Paramount production so successful when it appeared in 1972: the screenplay from Mario Puzo's bestselling novel; a cast of actors who, apart from Marlon Brando, had not yet achieved celebrity; the vivid locations in New York and Sicily; and the inspired direction of Francis Ford Coppola (only 31 years old when shooting commenced).

Film historian and The Godfather afficionado Peter Cowie - who's written extensively on Francis Ford Coppola - delves deep into the trilogy's history. With the help of many previously unseen behind-the-scenes images from the Paramount Archives, Cowie explores the filming and editing process, as well as the trilogy's critical reception upon release.
More books by this author

Peter Cowie is a film historian who has written extensively on the work of Francis Ford Coppola, and in particular The Godfather trilogy. He is the author of some 30 books (including biographies of Ingmar Bergman, Orson Welles, Louise Brooks and Francis Ford Coppola), and was formerly International Publishing Director of the show-biz bible Variety.