The Grip of Film 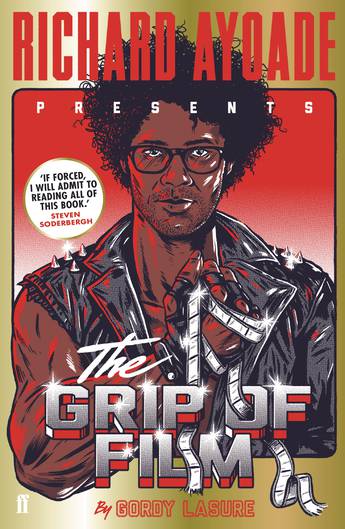 Richard Ayoade edits and annotates the meditations on film by that master of the medium, Gordy LaSure.

Gordy LaSure's passionate about film. He eats film, he drinks film, and sometimes he'll even watch a film. But most of all he loves talking to people about film: whether a comely student with low confidence and a father complex, a Studio 'development' exec who doesn't trust his own judgement, or the countless people Gordy LaSure's encountered in his capacity as the web moderator on an Excessive Sweating Discussion Forum. Gordy LaSure's alwaystalking about films and how they'd be a shit ton better if only people would pull their asses out of their ears and listen to Gordy LaSure.

The voyage of this book can be categorised as an attempt to understand How In Hell Film Works. Why are some films bad, and some films terrible?How come just a handful of films (Titanic, Porky's, Dirty Harry) areany good at all? Gordy'll tell you How and Why, and he'll give you a slug of Wherefore on the side. And he doesn't shoot from the hip; he shoots from the gut.
More books by this author

Richard Ayoade is a writer and director. In addition to directing and co-writing Garth Marenghi's Darkplace, he has adapted and directed Joe Dunthorne's novel Submarine for the screen, and is the co-writer (with Avi Korine) and director of the film, The Double.
As an actor he is best known for his roles as Dean Learner in Garth Marenghi's Darkplace, as Maurice Moss in the Emmy Award-winning The IT Crowd, for which he was awarded a BAFTA for Best Performance in a Comedy, and for his TV series Travel Man which screens on SBS TV in Australia.