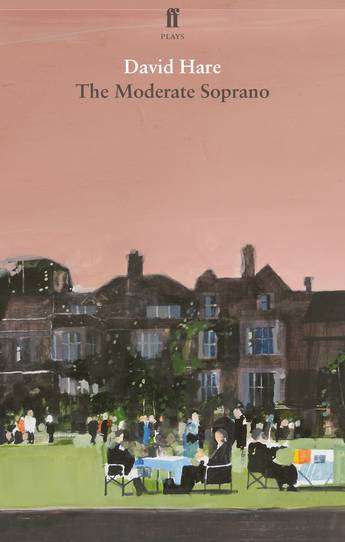 Download cover
Availability: Not available to order from this website, please try another retailer
I want to give my country a model of perfection. My country needs cheering up. I'm the man to do it.

A man of great passions, John Christie wooed his opera singer wife with a determination befitting a man who won the Military Cross at the Battle of Loos. Now, in 1934, this Etonian science teacher's admiration for the works of Wagner has led him to embark on the construction of an opera house on his Sussex estate. Then, by chance, he hears word of a group of refugees from Nazi Germany who may perhaps deliver his vision of the sublime - assuming they're willing to cast his wife in the lead.

David Hare's The Moderate Soprano tells the story of how Glyndebourne, this most English of institutions, derives its character firstly from a woman and secondly from an Austrian and two Germans. The play premiered at Hampstead Theatre in 2015, and opened at the Duke of York's Theatre, London, in April 2018.

'In the grand tradition of Bulgakov's Black Snow, a penetrating way of investigating the politics of life in general through the troubled internal politics of a particular theatrical institution. Fervently recommended.' Independent

'A loving portrayal of the mix of vision, stubbornness, grit, love and luck that can produce great art.' Financial Times
More books by this author

David Hare is a playwright and filmmaker. His stage plays include Plenty, Pravda (with Howard Brenton) Racing Demon, Skylight, Amy's View, Via Dolorosa, Stuff Happens, South Downs, The Absence of War and The Judas Kiss. His films for cinema and television include Wetherby, The Hours, Damage, The Reader and the Worricker trilogy: Page Eight, Turks & Caicos and Salting the Battlefield. He has written English adaptations of plays by Pirandello, Chekhov, Brecht, Schnitzler, Lorca, Gorky and Ibsen. For fifteen years he was an Associate Director of the National Theatre.