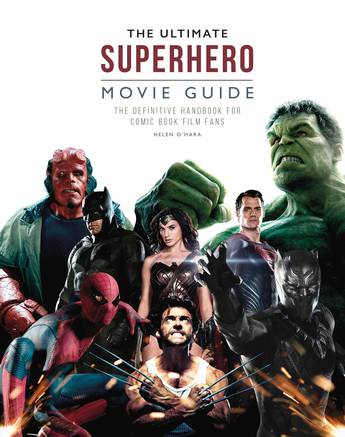 The Ultimate Superhero Movie Guide is a thrilling journey through the history of the world's favourite movie genre.

The Ultimate Superhero Movie Guide is a thrilling journey through the history of the world's favourite movie genre. From the early glories of Superman and Tim Burton's Batman, to the modern dominance of Marvel and DC's cinematic universes, this book celebrates the stars, stunts and special effects that have brought dozens of legendary comic book heroes to the big screen.

Featuring a blend of reviews, lists, features and interviews covering everything from the Marvel Cinematic Universe to cult classics like Dredd and The Rocketeer, this is a celebration of superhero movies unlike anything else in the market.
More books by this author

Helen O'Hara is a film journalist and editor-at-large for Empire, the world's biggest film magazine. Born in Northern Ireland, she qualified as a barrister but took a position at Empire instead of the bar, where she spent more than a decade interviewing most of Hollywood's A-list and covering big events from Comic-Con to the Oscars. She now writes for the Daily Telegraph, The Pool, Grazia and GQ. She is a regular commentator on the BBC, co-hosts the Empire podcast and has hosted events for the Barbican, BFI and at Cannes.