My Life of Crime, Redemption and Hollywood 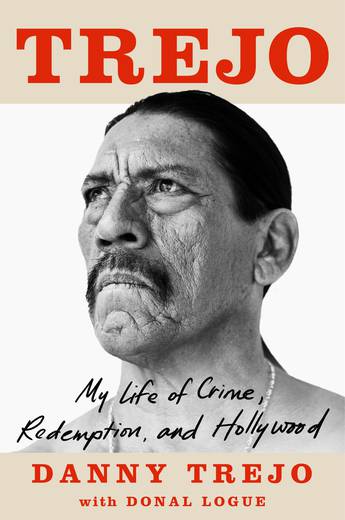 Outlaw stories from the frontiers of prison, Hollywood and life.

And you'd never guess that the baddest of the bad-me-would make it out of the prison system and instead of dying in the street as a stone-cold junkie and killer, I'd end up being shot, stabbed, decapitated, blown up, hanged, flattened by an elevator, and disintegrated into a pool table until my eyeballs rolled into the pockets . . .

On screen, Danny Trejo is the most recognisable anti-hero in Hollywood - killed at least a hundred times, he steals every scene he's in. But off screen, he is so much more. The ultimate hard-knock-lifer, and a true man of the world, he has all the stories, and all the scars.

Raised in an abusive home, Danny struggled from an early age with heroin addiction and doing time in some of the country's most notorious state prison, including Folsom and San Quentin - where he met Charles Manson - before starring in such modern classics as Heat, From Dusk Till Dawn, and Machete. Now, Danny takes us over the peaks and through the valleys of his life, includ­ing meeting one of the world's most infamous serial killers and working with icons like Charles Bronson and Robert De Niro.

In raw detail, Danny recounts how he managed the horrors of incarceration, rebuilt his life, and drew inspiration from the adrenaline-fueled robbing heists of his past for the film roles that forged his legend.

Redemptive, poignant, and raw, Trejo is a portrait of a magnificent life and an unforgettable journey through tragedy, pain, and, finally, success. Told with cowboy appeal, gritty rebel wisdom, and total honesty, these are outlaw stories from the frontiers: the frontiers of prison, of Hollywood, and of life
More books by this author

Danny Trejo is one of Hollywood's most recognizable, prolific, and beloved character actors. Famed for his ultra-baddie roles in series like AMC's Breaking Bad, FX's Sons of Anarchy, and director Robert Rodriguez's global, billion-dollar Spy Kids and Machete film franchises. Danny is also a successful restauranteur and businessman.