A Pair of Talking Heads 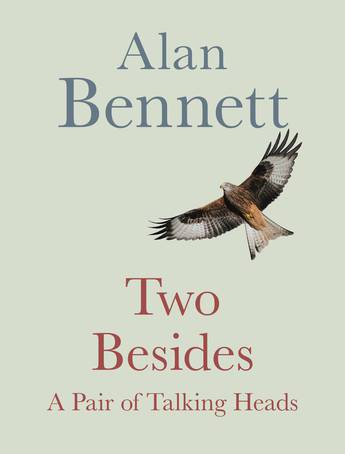 The gorgeous, pocket-sized edition of the two brand-new Talking Heads.

'Given the opportunity to revisit the characters from Talking Heads I've added a couple more, both of them ordinary women whom life takes by surprise. They just about end up on top and go on, but without quite knowing how. Still, they're in good company, and at least they've made it into print.'

Alan Bennett's twelve Talking Heads are acknowledged masterworks by one of our most highly acclaimed writers. Some thirty years after the original six, Bennett has written Two Besides, a pair of monologues. Each, in its way, is a devastating portrait of grief. In An Ordinary Woman, a mother suffers the inevitable consequences when she makes life intolerable for herself and her family by falling for her own flesh and blood; while The Shrine tells the story behind a makeshift roadside shrine, introducing us to Lorna, bearing witness in her high-vis jacket, the bereft partner of a dedicated biker with a surprising private life.

The two new Talking Heads were recorded for the BBC during the exceptional circumstances of coronavirus lockdown in the spring of 2020, directed by Nicholas Hytner and performed by Sarah Lancashire and Monica Dolan.

The book contains a substantial preface by Nicholas Hytner and an introduction to each, by Alan Bennett.
More books by this author

Alan Bennett has been one of our leading dramatists since the success of Beyond the Fringe in the 1960s. His television series Talking Heads has become a modern-day classic, as have many of his works for the stage including Forty Years On, The Lady in the Van (together with the screenplay), A Question of Attribution, The Madness of George III (together with the Oscar-nominated screenplay The Madness of King George), and an adaptation of Kenneth Grahame's The Wind in the Willows. At the National Theatre, London, The History Boys (also a screenplay) won numerous awards including Evening Standard and Critics' Circle awards for Best Play, an Olivier for Best New Play and the South Bank Award. On Broadway,The History Boys won five New York Drama Desk Awards, four Outer Critics' Circle Awards, a New York Drama Critics' Award, a New York Drama League Award and six Tonys. The Habit of Art opened at the National in 2009; in 2012, People, as well as the two short plays Hymn and Cocktail Sticks, was also staged there.

His latest collection of prose, Keeping On Keeping On, was published in 2016. Of his two previous collections, Writing Home was a number one bestseller and Untold Stories won the PEN/Ackerley Prize for autobiography, 2006. Bennett's Six Poets, Hardy to Larkin, An Anthology, was published in 2014. His fiction includes The Uncommon Reader and Smut: Two Unseemly Stories.