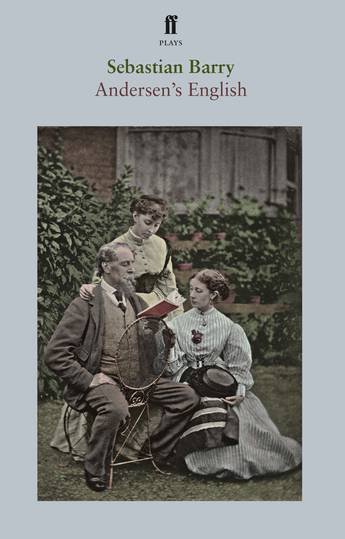 A new play from the twice Booker shortlisted Irish author.

To the lonely and eccentric guest, the members of Dicken's household seem to live a life of unreachable bliss. But with his broken English, Andersen doesn't at first see the storms brewing within the family: undeclared passions, a son about to go to India, and a growing strangeness at the heart of Dickens's marriage.

Sebastian Barry was born in Dublin in 1955 and educated at the Catholic University School and Trinity College, Dublin, where he was later Writer Fellow in 1996. His plays include Boss Grady's Boys (1988), The Steward of Christendom (1995), Our Lady of Sligo(1998), and The Pride of Parnell Street (2007), and his novelsThe Whereabouts of Eneas McNulty (1998), Annie Dunne (2002), A Long Long Way (2005), which was shortlisted for the Man Booker Prize and the Dublin International Impac Prize and The Secret Scripture, also shortlisted for the 2008 Man Booker Prize. He has won among other awards the Irish-America Fund Literary Award, the London Critics Circle Award, and the Kerry Group Irish Fiction Prize. He lives in Wicklow with his wife Ali and three children, Merlin, Coral, and Tobias.