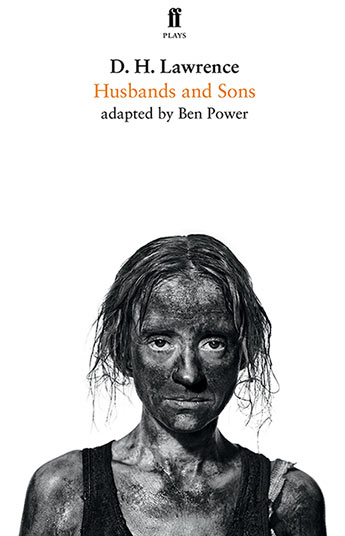 Download cover
Availability: Not available to order from this website, please try another retailer
'It's risky work, handlin' men, my lass. For when a woman builds her life on men, either husbands or sons, she builds on summat as sooner or later brings the house down crash on her head - yi, she does.'

In Husbands and Sons, Ben Power has interwoven three of D. H. Lawrence's greatest dramas, The Daughter-in-Law, A Collier's Friday Night and The Widowing of Mrs Holroyd. Together, they describe the community Lawrence came from with fierce tenderness, evoking a now-vanished world of manual labour and working-class pride. On the cracked border of Derbyshire and Nottinghamshire stands the village of Eastwood. The women of the village, wives and mothers, struggle to hold their families and their own souls together in the shadow of the great Brinsley pit.

Husband and Sons by D. H. Lawrence, adapted by Ben Power, premiered at the National Theatre, London, in October 2015 in a co-production with Royal Exchange Theatre.
More books by this author

David Herbert Lawrence was born in Nottinghamshire in 1885. Predominantly remembered as a novelist, he also wrote poetry, essays and drama. His father was a coalminer and his plays A Collier's Friday Night, The Daughter-in-Law and The Widowing of Mrs Holroyd drew on his childhood in the mining community of Eastwood, Nottinghamshire. Mostly unperformed in his lifetime, they are now recognised as some of his greatest early work. D. H. Lawrence died of tuberculosis in Vence, France, in 1930.