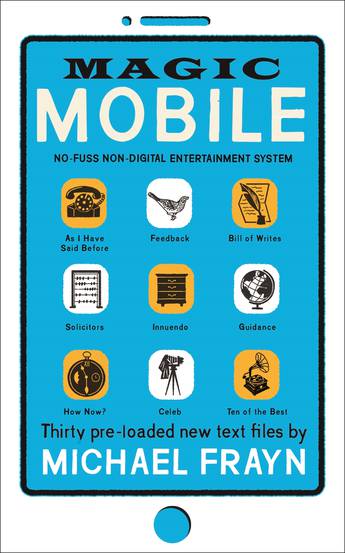 The whole world at the touch of your finger - why ever leave the imaginary realm of your mobile phone? But this book is even better. Anything but analogue, Magic Mobile is the latest offering of comic genius from Michael Frayn, the author of Matchbox Theatre and Pocket Playhouse.

Michael Frayn was born in London in 1933 and began his career as a journalist on The Guardian and The Observer. His novels include Towards the End of the Morning, Headlong, Spies and Skios. His seventeen plays range from Noises Off - recently chosen as one of the nation's three favourite plays - to Copenhagen, which won the 1998 Evening Standard Award for Best Play of the Year and the 2000 Tony Award for Best Play. He is married to the writer Claire Tomalin.