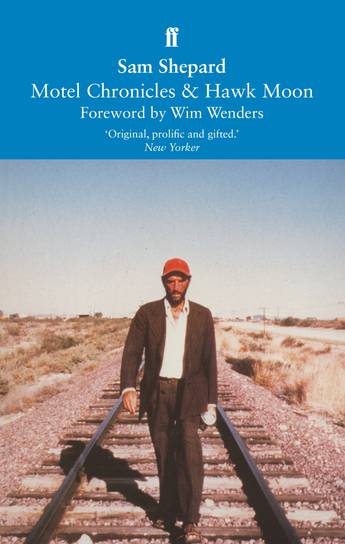 Motel Chronicles reveals the fast-moving and sometimes surprising world of the man behind the plays that have made Sam Shepard a living legend in the theatre.

Shepard chronicles his own life birth in Illinois, childhood memories of Guam, Pasadena and rural Southern California, adventures as ranch hand, waiter, rock musician, dramatist, and film actor. Scenes from this book form the basis of his play Superstitions, and of the film (directed by Wim Wenders) Paris, Texas, winner of the Golden Palm Award at the 1984 Cannes Film Festival.

Hawk Moon is a collection of more than fifty monologues, short stories and poems - Shepard's first. One of America's most acclaimed writers and actors reflects on growing up in America, rock and roll, the sex of fishes, and other topics. Shepard displays his virtuosic sense of the rhythms of the American landscape.
More books by this author

Sam Shepard (1943-2017) was a playwright, actor, author, screen writer, and director whose work is performed on and off Broadway and in other theatres across the US. In 1979, he received the Pulitzer Prize for Drama for his play Buried Child. In 1983, he was nominated for an Academy Award for Best Supporting Actor in The Right Stuff. His other famous works include True West, A Lie of the Mind, and Curse of the Starving Class.