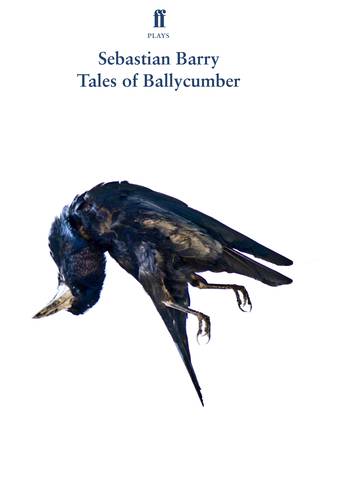 A startling and intimate portrayal of two unlikely companions connected more closely than they realise, both haunted by the plague of solitude and the Tales of Ballycumber.

Daffodils are in bloom as dawn breaks over the foothills of Ballycumber, ushering in hope for a new day and stirring the ghosts of a past fraught with sorrow, isolation and emptiness.

Setting out in search of advice on a budding love interest, young Evans Stafford calls to the home of his friend Nicholas Farquhar. The following morning the local boy is found bloodied, note in hand. What is said during their brief encounter to fracture innocence and compel him to violence?

As Farquhar struggles to come to terms with his actions and their devastating consequences he discovers that his memories and words are governed by a force greater than himself - a buried history that propels both men towards a desperate and inevitable climax.
More books by this author

Sebastian Barry was born in Dublin in 1955. His plays include Boss Grady's Boys (1988), The Steward of Christendom (1995), Our Lady of Sligo (1998) and The Pride of Parnell Street (2007). His novels include The Whereabouts of Eneas McNulty (1998), Annie Dunne (2002), A Long Long Way (2005) and The Secret Scripture (2008). He has won, among other awards, the Irish-America Fund Literary Award, the Christopher Ewart-Biggs Prize, the London Critics Circle Award and the Kerry Group Irish Fiction Prize. A Long Long Way, which was also shortlisted for the Man Booker Prize and the Dublin International Impac Prize, was the Dublin: One City One Book choice for 2007. The Secret Scripture won the Costa Book of the Year award and was shortlisted for the Man Booker Prize. He lives in Wicklow with his wife and three children.