The Habit of Art 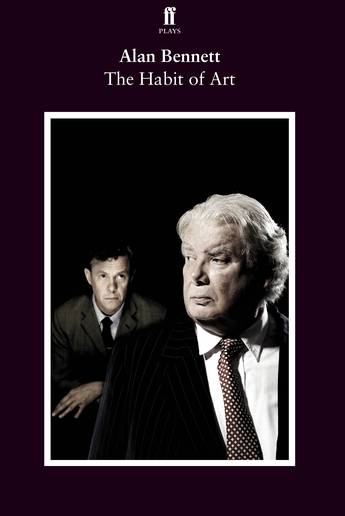 Alan Bennett's first play since the runaway international success of The History Boys.

Auden often said that metre and rhyme led him down unexpected paths to thoughts he wouldn't otherwise have had, and in this respect versification and fornication are not so different. Benjamin Britten, sailing uncomfortably close to the wind with his new opera, Death in Venice, seeks advice from his former collaborator and friend, W H Auden. During this imagined meeting, their first for twenty-five years, they are observed and interrupted by amongst others their future biographer and a young man from the local bus station. 'You are a rent boy. I am a poet. Over the wall lives the Dean of Christ Church. We all have our parts to play.' Alan Bennett's new play is as much about the theatre as it is about poetry or music. It looks at the unsettling desires of two difficult men, and at the ethics of biography. It reflects on growing old, on creativity and inspiration, and on persisting when all passion's spent: ultimately, on the habit of art. 'In the end,' said Auden, 'art is small beer. The really serious things in life are earning one's living and loving one's neighbour.'
More books by this author

Alan Bennett has been one of our leading dramatists since the success of Beyond the Fringe in the 1960s. His television series Talking Heads has become a modern-day classic, as have many of his works for stage including Forty Years On, The Lady in the Van, A Question of Attribution, The Madness of George III (together with the Oscar-nominated screenplay The Madness of King George), and an adaptation of Kenneth Grahame's The Wind in the Willows. At the National Theatre, London, The History Boys won numerous awards including an Olivier for Best New Play and the South Bank Award. On Broadway, it won five New York Drama Desk Awards and six Tony's. His collection of prose, Untold Stories, won the PEN/Ackerley Prize for autobiography, 2006. An Uncommon Reader was published to great acclaim in 2007. A Life Like Other People's was published in 2009.