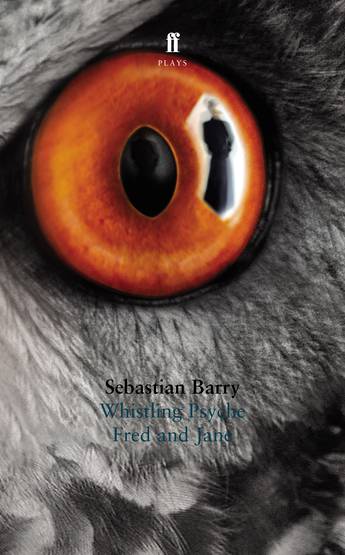 A dark night, an old waiting room and two supposed strangers eager to reach their destinations. In the cold hours that rest between nightfall and daybreak, silent questions prompt unexpected revelations. Two souls share a passion for reform, but only one - Miss Nightingale - has been honoured. The other, Dr Barry, would never receive the same acclaim, but notoriety came after death and for a very different reason . . .

Whistling Psyche premi red at the Almeida Theatre, London in May 2004.

Fred and Jane explores the deep and sustaining friendship between two nuns, Anna and Beatrice, as they recall the trials and joys of religious life.

'This is Barry at his best: evocative, gentle, suffused with the beauty of the simple and the joy of turning the strange into the familiar.' Sunday Tribune

'A triumph in its own right.' RTE

Sebastian Barry was born in Dublin in 1955. His play The Steward of Christendom, first produced in 1995, won many awards and has been seen around the world. He is the author of two highly acclaimed novels, The Whereabouts of Eneas McNulty (1998) and Annie Dunne (2002). His most recent play, Whistling Psyche, premiered at The Almeida, London, in 2004.