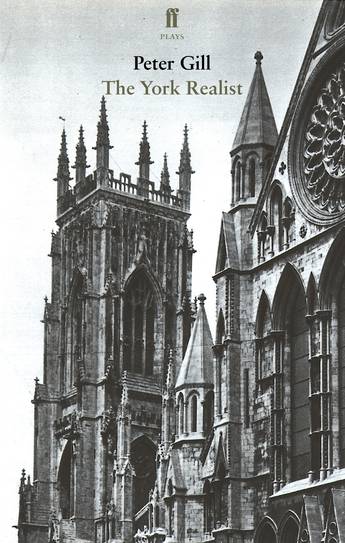 Download cover
Availability: Not available to order from this website, please try another retailer
Early 1960s, Yorkshire. Farm labourer George is cast in an amateur staging of the York Mystery Plays. His world is shaken when he falls for metropolitan assistant director John and the two men embark on a clandestine affair.

Peter Gill's influential play is not only a finely drawn love story; it is also a touching reflection on the rival forces of family, class, and the origins and ownership of art.

The York Realist was premiered by the English Touring Theatre at The Lowry, Salford Quays in November 2001; it moved to the Bristol Old Vic that same year and, in 2002, to the Royal Court Theatre, London. The play was revived by the Donmar Warehouse, London, in February 2018.

'As a love story, The York Realist is riveting and heart-rendering... Gill is always terrifically perceptive about male tenderness. The personal and political are subtly united in a study of English masculinity, class and culture. Such outstanding work.' Independent on Sunday

'It has the Lawrentian qualities of emotional intelligence, raw honesty and fascination with the intersection of class and sex... It is about the way the English, however hard they try, can never finally escape their origins. But, far from being emotionally conservative, it is adventurous, witty and fresh... The play comes like a rare blast of reality.' Guardian
More books by this author
Category: Plays & playscripts
ISBN: 9780571347858
Publisher: Faber
Imprint: Faber Plays
Page Extent: 160
Format: Paperback - B format
Subject: Plays, playscripts