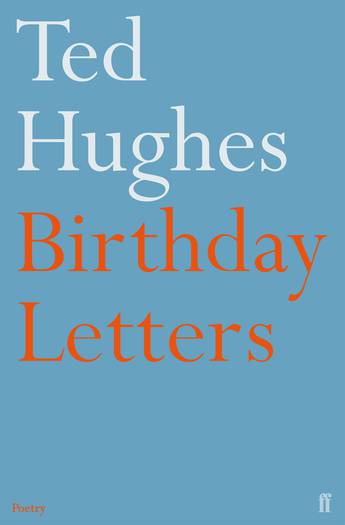 'To read [Birthday Letters] is to experience the psychic equivalent of the bends'. It takes you down to levels of pressure where the undertruths of sadness and endurance leave you gasping. - Seamus Heaney Irish Times

'To read [Birthday Letters] is to experience the psychic equivalent of "the bends'. It takes you down to levels of pressure where the undertruths of sadness and endurance leave you gasping.The book's contents are unfailingly interesting, but what makes Birthday Letters a poetic as opposed to a publishing landmark is the valency of the poetry itself.The poems give the impression of utterance, avalanching towards vision.' Seamus Heaney, Irish Times
More books by this author

Ted Hughes was born on 17 August 1930 in Mytholmroyd, a small mill town in West Yorkshire. His father made portable wooden buildings. The family moved to Mexborough, a coal-mining town in South Yorkshire, when Hughes was seven. His parents took over a newsagent and tobacconist shop, and eventually he went to the local grammar school.In 1948 Hughes won an Open Exhibition to Pembroke College, Cambridge. Before going there, he served two years National Service in the RAF. Between leaving Cambridge and becoming a teacher, he worked at various jobs, finally as a script-reader for Rank at their Pinewood Studios.In 1956 Hughes married the American poet Sylvia Plath, who died in 1963, and they had two children. He remarried in 1970. He was awarded the OBE in 1977, created Poet Laureate in December 1984 and appointed to the Order of Merit in 1998. He died in October 1998.Ted Hughes's first book, The Hawk in the Rain, was published by Faber & Faber.