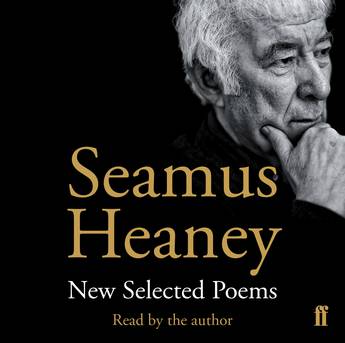 The landmark selection of poems from the greatest poet of our age, read on audio by Seamus Heaney himself.

'His is 'close-up' poetry - close up to thought, to the world, to the emotions. Few writers at work today, in verse or fiction, can give the sense of rich, fecund, lived life that Heaney does.' - John Banville

'More than any other poet since Wordsworth he can make us understand that the outside world is not outside, but what we are made of.' - John Carey

'Heaney's voice, by turns mythological and journalistic, rural and sophisticated, reminiscent and impatient, stern and yielding, curt and expansive, is one of a suppleness almost equal to consciousness itself.' - Helen Vendler
More books by this author

Seamus Heaney was born in County Derry in Northern Ireland. Death of a Naturalist, his first collection of poems, appeared in 1966, and was followed by poetry, criticism and translations which established him as the leading poet of his generation. In 1995 he was awarded the Nobel Prize in Literature, and twice won the Whitbread Book of the Year, for The Spirit Level (1996) and Beowulf (1999). Human Chain, his last volume of poems, was awarded the 2010 Forward Prize for Best Collection. He died in 2013.