Poets of the Great War 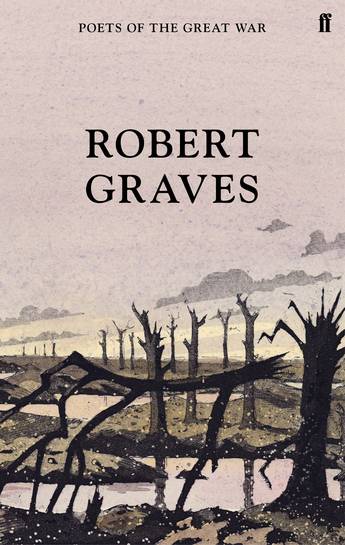 Faber remembers Poets of the Great War in this stunning new hardback series.

No poetry has touched readers' hearts more deeply than the soldier poets of the First World War. Published to commemorate the centenary of 1914, this stunning set of books, with specially commissioned covers by leading print makers, is an essential gathering of our most beloved war poets introduced by leading poets and biographers of our present day.

Robert Graves was one of our most fascinating poets of the last century. Born in London in 1895, he served in the First World War and was mistakenly reported killed in action at the Battle of the Somme, as he vividly recounted in his memoir, Goodbye To All That (1929). While serving in France, he befriended Siegfried Sassoon, and would be instrumental in saving Sassoon from the threat of court-martial that followed his declaration against the prolonging of the war. When Graves visited Sassoon at Craiglockhart Hospital he met Wilfred Owen, and for a time the three poets began to work closely in what Michael Longley, this volume's editor, calls 'a momentous coincidence of talent'.

Robert Graves died in 1985 and is commemorated at Poets' Corner in Westminster Abbey.
More books by this author More books in this series

Robert Graves (1895-1985) was a poet, novelist and critic. His first volume of poems, Over the Brazier (1916), reflected his experiences in the trenches, and was followed by many works of poetry, non- fiction and fiction. He is best known for his novel, I, Claudius (1934), which won the Hawthornden and James Tait Black memorial prizes and for his influential The White Goddess (1948).

When My Brother Was an Aztec Natalie Diaz