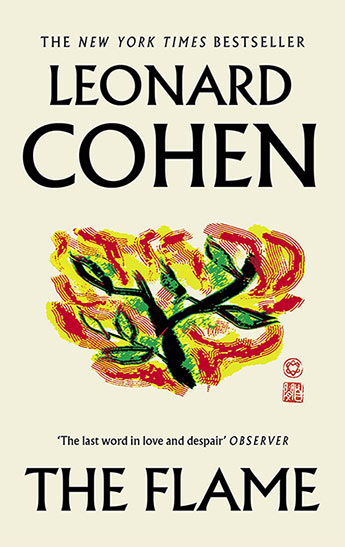 The Flame is the final work from Leonard Cohen, the revered poet and musician whose fans span generations and whose work is celebrated throughout the world. Featuring poems, excerpts from his private notebooks, lyrics, and hand-drawn self-portraits, The Flame offers an intimate look inside the life and mind of a singular artist.

A reckoning with a life lived deeply and passionately, with wit and panache, this collection is a valedictory work.
More books by this author

Leonard Cohen began his artistic career in 1956 with the publication of his first book of poetry, Let Us Compare Mythologies. He went on to publish 12 more books, including two celebrated novels, and gained worldwide recognition as an iconic singer-songwriter. He released 14 studio albums, including three in the last years of his life when he also became one of the most acclaimed arena-performing artists in the world.