A Scheme of Heaven

Astrology and the Birth of Science 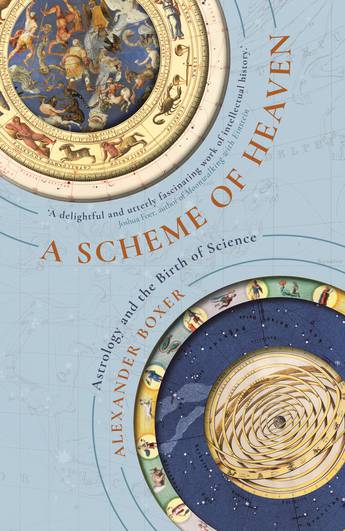 How the search for our destiny in the stars taught humanity how to think about data.

Despite a resurgence in popularity, horoscopes are generally considered to be pseudoscience today, but they were once a cutting-edge scientific tool. In this ingenious work of history, data scientist Alexander Boxer examines a treasure trove of esoteric classical sources to expose the deep imaginative framework by which - for millennia - we made sense of our fates. Astrology, he argues, was the ancient world's most ambitious applied mathematics problem, a grand data-analysis enterprise sustained by some of history's most brilliant minds, from Ptolemy to al-Kindi to Kepler.

Boxer explores the extraordinary subtleties of astrological ideas and tells the stories of their inventors and most influential exponents. And he puts them through their paces using modern data sets - finding that the methods of today's scientists are often uncomfortably close to those of astrology's ancient sages. Humans are pattern-matching creatures, and astrology is our grandest pattern-matching game. Our future really was written in the stars, but not in the way we guessed.
More books by this author

Alexander Boxer has a doctorate in physics from MIT, a master's degree in the History of Science from Oxford and a bachelors in Classical Language from Yale. His technical research has appeared in journals such as Nature Physics. He currently works as a senior scientist at a small technology company just outside of Washington, D.C. In his spare time, he is an active member of Atlas Obscura as a D.C.-based 'field agent'.