Hacking the Code of Life

How gene editing will rewrite our futures 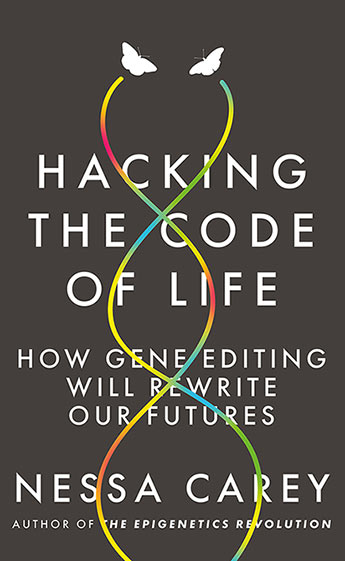 The cutting-edge science that will revolutionise the way we prevent disease.

Just 45 years ago, the age of gene modification was born. Researchers could create glow-in-the-dark mice, farmyard animals producing drugs in their milk, and vitamin-enhanced rice that could prevent half a million people going blind every year.

But now GM is rapidly being supplanted by a new system called CRISPR or 'gene editing'. Using this approach, scientists can manipulate the genes of almost any organism with a degree of precision, ease and speed that we could only dream of ten years ago.

But is it ethical to change the genetic material of organisms in a way that might be passed on to future generations? If a person is suffering from a lethal genetic disease, is it even more unethical to deny them this option? Who controls the application of this technology, when it makes 'biohacking' - perhaps of one's own genome - a real possibility?

Nessa Carey's book is a thrilling and timely snapshot of a technology that will radically alter our futures.
More books by this author

Nessa Carey worked in the biotech and pharma industry for thirteen years and is a Visiting Professor at Imperial College London. Her previous books for Icon are The Epigenetics Revolution (2011), described by The Guardian as 'a book that would have had Darwin swooning', and Junk DNA (2015), 'a cutting-edge guide to the ever-more mysterious genome' (New Scientist).