The Life of an Independent Scientist 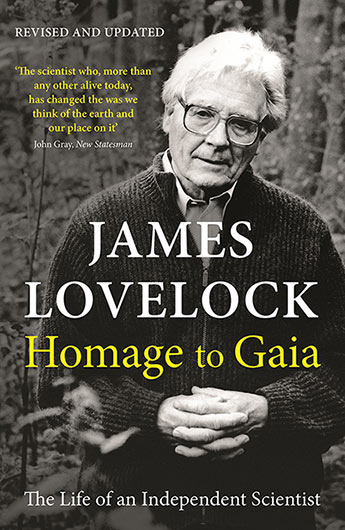 A new edition of the celebrated thinker James Lovelock's autobiography to celebrate his 100th birthday.

A new edition in the year of James Lovelock's 100th birthday

With over fifty patents to his name and innumerable awards and accolades, James Lovelock is a distinguished and original thinker who has been widely recognized by the international scientific community.

In this inspiring book, republished in the year of his 100th birthday, Lovelock tells his life story, from his first steps as a scientist to his work with organisations as diverse as NASA, Shell and the Marine Biological Association. Homage to Gaia describes the years of travel and work that led to his crucial scientific breakthroughs in environmental awareness, uncovering how CFCs impact on the ozone layer and creating the concept of Gaia, the theory that the Earth is a self-regulating system.

Written in a sharp and energetic style, James Lovelock's book will entertain and inspire anyone interested in science or the creative spirit.
More books by this author

James Lovelock, who was elected a Fellow of the Royal Society in 1974, is the author of more than 200 scientific papers and the originator of the Gaia Hypothesis (now Gaia Theory). His many books on the subject include Gaia: A New Look at Life on Earth (1979), The Revenge of Gaia (2006), The Vanishing Face of Gaia (2009) and A Rough Ride to the Future (2014). In 2003 he was made a Companion of Honour by Her Majesty the Queen, in 2005 Prospect magazine named him one of the world's top 100 public intellectuals, and in 2006 he received the Wollaston Medal, the highest Award of the UK Geological Society.