The Fight for the Fens 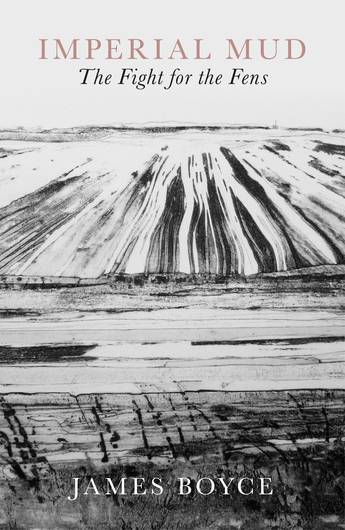 A post-colonial history of the destruction of the Fens of eastern England.

A population of proud indigenous people fight for generations to preserve their homelands against an expanding empire - an invasion justified as being necessary for 'progress'.

After centuries of resistance, their culture and community are destroyed. All of this takes place in East Anglia, roughly between the English Civil Wars and the mid-Victorian period.

An innovative new take on the drainage of the Fens, framed in the language of colonialism, Imperial Mud upends the narrative of this being a triumph of technology over nature. The final destruction of England's last lowland wilderness and the dispossession of its custodians was not an inevitable consequence of 'progress', but of the growing power of a centralised and militarised state.

Imperial Mud reimagines not just the history of the Fens, but the history and identity of the English people.

'Evocative and imaginatively argued' - The Age and Sydney Morning Herald, 'Pick of the Week'

'An inspiring book, a great book. James Boyce turns a colonial historian's eye back onto the heart of empire, retrieving the experience of the indigenous inhabitants of the Fens. It works brilliantly. Imperial Mud offers such a refreshing and revelatory perspective.' - Tom Griffiths, Emeritus Professor of History, Australian National University

'...a wonderful example of history writing embedded in the narratives of place' - Australian Book Review

'A real page-turner… a warning about what happens when the rich and powerful dress up their avarice as ""progress"" - a lesson we could do with learning today.' - Dixe Wills,
BBC Countryfile magazine

'Boyce tells the tale with that rare but always winning combination of passion and scholarly vigour.' - Geographical Magazine (Book of the Month)
More books by this author

James Boyce is a multi-award-winning Australian historian. His first book, Van Diemen's Land, was described by Richard Flanagan as 'the most significant colonial history since The Fatal Shore'.
1835: The Founding of Melbourne and the Conquest of Australia was The Age's Book of the Year, while Born Bad: Original Sin and the Making of the Western World was hailed by The Washington Post as 'an exhilarating work of popular scholarship'.