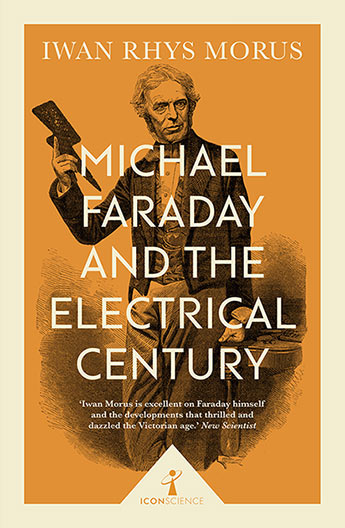 Part of the new Icon Science series: a collection of the best of Icon's entertaining and informative introductions to groundbreaking moments in science history.

The only scientist to ever appear on the British twenty pound note, Michael Faraday is one of the most recognisable names in the history of science.

Faraday's forte was electricity, a revolutionary force in nineteenth-century society. The electric telegraph had made mass-communication possible and inventors looked forward to the day when electricity would control all aspects of life. By the end of the century, this dream was well on its way to being realised. But what was Faraday's role in all this? How did his science come to have such an impact on the lives of the Victorians (and ultimately on us)?

Iwan Morus tells the story of Faraday's upbringing in London and his apprenticeship at the Royal Institution under the supervision of the flamboyant chemist, Sir Humphry Davy, all set against the backdrop of a vibrant scientific culture and an empire near the peak of its power.
More books by this author More books in this series

Iwan Rhys Morus is a professor of history at Aberystwyth University. He is the author, most recently, of William Robert Grove: Victorian Gentleman of Science (University of Wales Press, 2017) and the editor of the Oxford Illustrated History of Science (OUP, 2017).