A Genius and the Mathematical Breakthrough of the Century 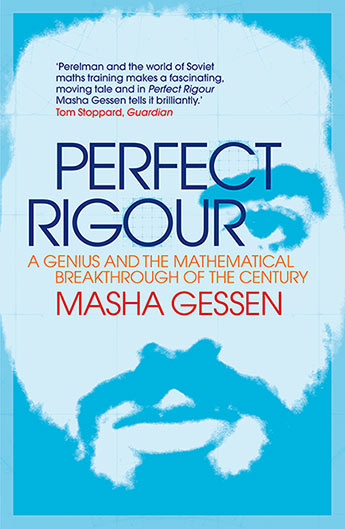 A thrilling account of an utterly brilliant and eccentric Russian mathematician which sheds a rare light on the unique burden of genius.

In 2006, an eccentric Russian mathematician named Grigori Perelman solved one of the world's greatest intellectual puzzles. The Poincare conjecture is an extremely complex topological problem that had eluded the best minds for over a century. In 2000, the Clay Institute in Boston named it one of seven great unsolved mathematical problems, and promised a million dollars to anyone who could find a solution. Perelman was awarded the prize this year - and declined the money. Journalist Masha Gessen was determined to find out why. Drawing on interviews with Perelman's teachers, classmates, coaches, teammates, and colleagues in Russia and the US - and informed by her own background as a math whiz raised in Russia - she set out to uncover the nature of Perelman's astonishing abilities. In telling his story, Masha Gessen has constructed a gripping and tragic tale that sheds rare light on the unique burden of genius.
More books by this author

Masha Gessen is a journalist who has written for Slate, Seed, the New Republic, the New York Times, and other publications, and is the author of two previous books.