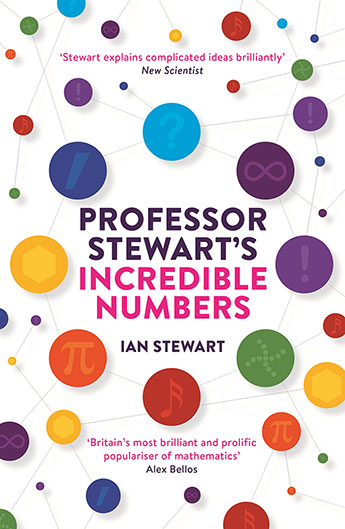 The bestselling Ian Stewart tackles his biggest subject yet: the weird and wonderful world of numbers, from zero to infinity.

Ian Stewart explores the astonishing properties of numbers from 1 to 10 to zero and infinity, including one figure that, if you wrote it out, would span the universe. He looks at every kind of number you can think of - real, imaginary, rational, irrational, positive and negative - along with several you might have thought you couldn't think of. He explains the insights of the ancient mathematicians, shows how numbers have evolved through the ages, and reveals the way numerical theory enables everyday life.

Under Professor Stewart's guidance you will discover the mathematics of codes, sudoko, Rubik's Cube, music, primes and pi. You may be surprised to find you live in eleven-dimensional space, that of the twenty- three people on a football pitch two are more likely than not to share the same birthday, and that forty-two is a very interesting number.

Professor Stewart's Incredible Numbers will delight everyone who loves numbers - including those who currently think they don't.
More books by this author