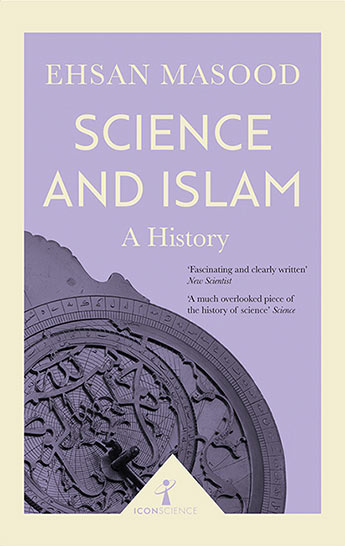 The 'fascinating and clearly written' (New Scientist) history of the extraordinary Islamic scientific revolution between the eighth and fifteenth centuries.

Long before the European Enlightenment, scholars and researchers working from Samarkand in modern-day Uzbekistan to Cordoba in Spain advanced our knowledge of astronomy, chemistry, engineering, mathematics, medicine and philosophy.

From Musa al-Khwarizmi who developed algebra in 9th century Baghdad to al-Jazari, a 13th-century Turkish engineer whose achievements include the crank, the camshaft and the reciprocating piston, Ehsan Masood tells the amazing story of one of history's most misunderstood yet rich and fertile periods in science, via the scholars, research, and science of the Islamic empires of the middle ages.
More books by this author More books in this series

Ehsan Masood worked for the journal Nature as a writer from 1995 to 1999 and again as acting chief commissioning editor in 2008/2009. He has also worked as Opinion Editor of New Scientist, and written for Prospect magazine and openDemocracy.net, as well as The Times, The Guardian and Le Monde.