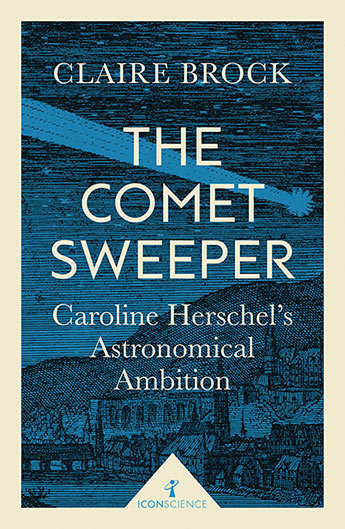 Having escaped domestic servitude in Germany by teaching herself to sing, and established a career in England, Caroline Herschel learned astronomy while helping her brother William, then Astronomer Royal.

Soon making scientific discoveries in her own right, she swept to international scientific and popular fame. She was awarded a salary by George III in 1787 - the first woman in Britain to make her living from science.

But, as a woman in a male-dominated world, Herschel's great success was achieved despite constant frustration of her ambitions. Drawing on original sources - including Herschel's diaries and her fiery letters - Claire Brock tells the story of a woman determined to win independence and satisfy her astronomical ambition.
More books by this author More books in this series

Claire Brock is Senior Lecturer in English at the University of Leicester. She was awarded the British Society for the History of Science's Singer Prize for an article on the Victorian scientist and writer Mary Somerville. Dr Brock was recently awarded a Wellcome Trust Research Leave Award (2012-2014).