Why invasive species will be nature's salvation 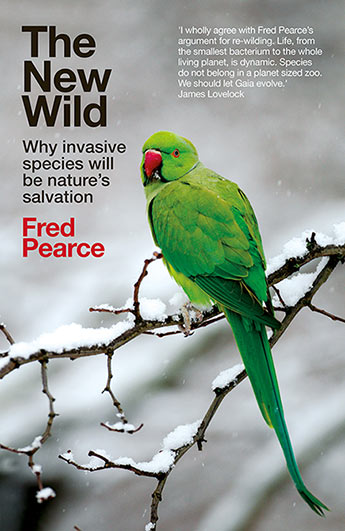 A provocative exploration of the 'new ecology' and why most of what we think we know about alien species is wrong.

Veteran environmental journalist Fred Pearce used to think of invasive species as evil interlopers spoiling pristine 'natural' ecosystems. Most conservationists would agree. But what if traditional ecology is wrong, and true environmentalists should be applauding the invaders?

In The New Wild, Pearce goes on a journey to rediscover what conservation should really be about. He explores ecosystems from Pacific islands to the Australian outback to the Thames estuary, digs into the questionable costs of invader species, and reveals the outdated intellectual sources of our ideas about the balance of nature.

Keeping out alien species looks increasingly flawed. The new ecologists looking afresh at how species interact in the wild believe we should celebrate the dynamism of alien species and the novel ecosystems they create. In an era of climate change and widespread ecological damage, we must find ways to help nature regenerate. Embracing the 'new wild' is our best chance.
More books by this author

Fred Pearce has been environment and development consultant at New Scientist magazine since 1992, reporting from 85 countries. He has written fourteen previous books, including When the Rivers Run Dry and The Land Grabbers, which have been translated into 23 languages. He also writes for the Guardian and is a regular broadcaster on radio and TV. He won a lifetime achievement award for his journalism from the Association of British Science Writers in 2011, and was voted UK Environment Journalist of the Year in 2001.