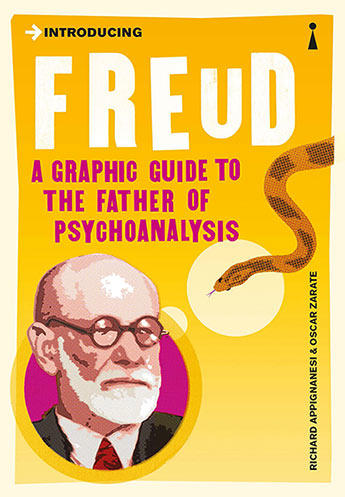 An enjoyable comic-style book that offers an accessible and imaginative introduction to one of the world's great thinkers.

Freud revolutionized the way we think about ourselves. His psychoanalytic terms such as Id, Ego, libido, neurosis and Oedipus Complex have become a part of our everyday vocabulary. But do we know what they really mean?

Introducing Freud successfully demystifies the facts of Freud's discovery of pschoanalysis. Irreverent and witty but never trivial, the book tells the story of Freud's life and ideas from his upbringing in 19th-century Vienna, his early medical career and his encounter with cocaine, to the gradual evolution of his theories on the unconscious, dreams and sexuality.

With its combination of brilliantly clever artwork and incisive text, this book is an entertaining and informative introduction to the father of psychoanalysis, who is still nonetheless a figure of great controversy.
More books by this author More books in this series

Richard Appignanesi is a novelist, editor and publisher, and a Research Fellow at King's College London. He is the originating editor of the Introducing series and has also written Freud and Existentialism books in the series.