A Long Way from Rome

Why the Australian Catholic Church is in crisis 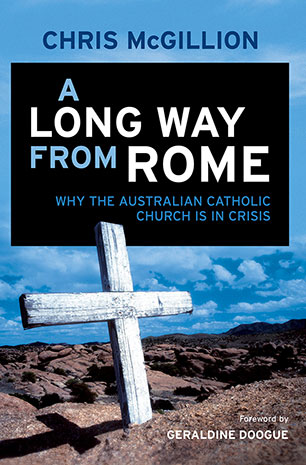 Explains why Catholicism in Australia has failed to maintain its relevance despite widespread evidence of a hunger for meaning, values and a renewed sense of community.

'Why is it so hard for Church people to find the appropriate words that tap into Australians' search for something more? Why, too, would their words not be listened to, if they were game enough to try?' - from the foreword by Geraldine Doogue, journalist and broadcaster

Many Catholics today described themselves as 'lapsed'. Despite a new hunger for meaning and community, it is clear that over the last decade the Australian Catholic Church has become a marginal influence on society. Repeated accusations of child sexual abuse by priests is taken as a sign of moral bankruptcy, the ongoing refusal to include women in more active roles has left many disenchanted, and attendance at Mass continues to decline.

Leading commentators, including Morag Fraser, Paul Collins and Damian Grace, explore the crisis at the heart of Australian Catholicism. They offer a confronting analysis of the direction for the Church set by Rome, and the way in which this is stifling local initiative and alienating large numbers of Catholics from the institutional life of the Church. A Long Way from Rome argues that the problem goes beyond the headlines of sexual abuse and internal dissent to issues of Vatican intervention, the abuse of authority, the decline of ritual, the development of a Catholic cultural ghetto, and the loss of a distinctive Catholic imagination.
More books by this author

Chris McGillion is the religious affairs columnist for the Sydney Morning Herald. He has written on religious and political issues for numerous newspapers and magazines in Australia and overseas including The Age, Eureka Street, National Catholic Reporter, The Tablet, Christian Science Monitor, Miami Herald and BaltimoreSun. He is currently a senior lecturer in print journalism at Charles Sturt University.

1. Visions revisions and scandal: A church in crisis - Chris McGillion

2. Why people don't listen to the Pope - Damian Grace

6. Has the Church a future? The generational divide - Michael Mullins