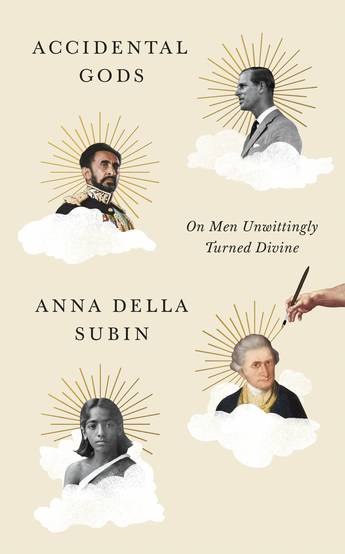 A provocative history of race, empire and myth, told through the stories of men who have been worshipped as gods - from Columbus to Prince Philip.

How does a man become a God?

It can happen by accident, or by prophesy, or through an article found in an oldmagazine. It can be a means to absolute power, or a radical form of resistance. A newgod can be a conqueror, a young anthropologist, or a government official charged withdoing his job. Making a man into a god is as old as time itself, but even today, in ourdisenchanted age, you might find yourself worshipped against your will.

Unorthodox devotions have seen Prince Philip deified on a small island in the SouthPacific, while a National Geographic article elevated Haille Selassie from Emperor toMessiah. Unlikely Gods blossomed in India, where British officers and bureaucratsfound themselves at the centre of new religions. When Spanish explorers landed in theNew World they spoke with the natives and heard the word 'God' on their lips. Thesetransformations have attended on moments of emancipation and rebellion; they haveexcused enslavement and fuelled revolution.

Spanning the globe and five centuries, Accidental Gods is a revelatory history of theunwanted divine, which tells the stories of the men and women who have profited andsuffered from these curious apotheoses. In its bravura final part, Subin traces thecolonial desire for deification through to the creation of 'race' and the white powermovement today, and argues that it is time we rid ourselves of the White Gods amongus.
More books by this author

Anna Della Subin is a writer, critic and independent scholar born in New York and now living in Dublin. Her essays have appeared in Harper's, the LRB, New York Times and New Yorker. A senior editor at Bidoun, she studied the history of religion at Harvard Divinity School. Accidental Gods is her first book.