The politics of salvation in the Anglican Church 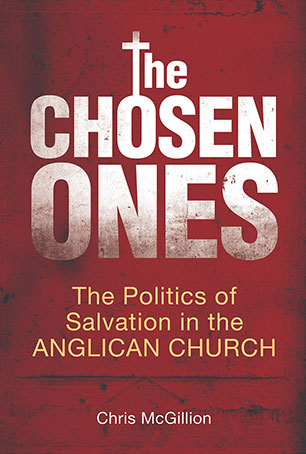 Examines the rise of extreme conservative evangelicals within the Anglican church over the past decade - a major shift in direction that is feeding into an international split in the Church between fundamentalists and progressives.

The soldiers of Christ are on the march in the Australian Anglican Church. The appointment of Peter Jensen as Anglican Archbishop of Sydney was the triumphant culmination of a struggle for power within this influential diocese. He and his supporters are implementing reforms leading the Church away from traditional forms of worship and progressive policies, towards extreme conservative evangelism - not just in Sydney, but across Australia and internationally as well.

Chris McGillion tells the inside story of the take over of Sydney's Anglican Church, arguing it is nothing less than a new Reformation. He explains why the Sydney diocese has been receptive to the evangelical mission, the role of the brothers Jensen and other leading church figures, and how their aggressive proselytising could open up a deep cultural divide in this country. He also examines the international impact of these changes in the richest Anglican diocese in the world.

'Perceptive, incisive and absorbing. Quite the best study of the modern Anglican Church scene.' - Alan Gill, former religion writer and columnist for the Sydney Morning Herald

'McGillion describes the inner workings of one of the powerhouses of the Anglican Church - Sydney Diocese. Told with the clear eye of an outsider. this is a very readable story [with] a wider appeal to those who seek to understand a key player in this time when conservative Christianity is increasing its influence in Australia and elsewhere.' - From the Preface by Professor Gary D. Bouma
More books by this author

Chris McGillion is the religious affairs commentator for the Sydney Morning Herald and senior lecturer in print journalism at Charles Sturt University. He is editor of A Long Way from Rome: Why the Australian Catholic Church is in Crisis.

1. A question of identity

4. People of the Book

Conclusion: The politics of salvation