How should we care for our children? 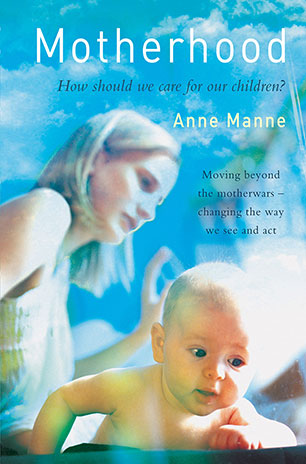 Recent generations of women thought they could have it all: children and a full family life combined with a successful career. But who had time to wonder at what price and who pays?

Working mothers, stay-at-home mothers, paid childcare, women without children: these are controversial topics that inspire passionate and divisive argument and constant media attention. Anne Manne is one of the most perceptive commentators in the debate, and in this timely new book, she tackles the issues. She looks at how we value motherhood and childhood, and asks at what point the rights of mothers might conflict with the needs of children. She explores the conflict between our society's glorification of the individual and the fundamental nature of parenthood which forces our focus and energy onto others.

Sometimes confronting, always humane, Motherhood covers the debates over early institutional childcare, the problems of reconciling work and family life, the crisis of fertility, and the impact of the new capitalism on the changing landscape of childhood. Manne's is an impassioned and intelligent argument. By putting the questions differently, she comes to propose a fresh, new way to perceive feminism and motherhood.
More books by this author

Anne Manne is a writer and social commentator who has written widely on feminism, motherhood, childcare, family policy, fertility and other related issues. She is a feature writer for The Age and her longer essays on feminism, family life, the changing landscape of childhood and the current crisis of fertility have appeared in The Australian's Review of Books, Quadrant Magazine, Arena Magazine and Monash University Journal People and Place. She also contributed to Cries Unheard; A New Look at Attention Deficit Hyperactivity Disorder, edited by child psychiatrist George Halasz. Prior to writing full time, Anne taught in the Politics Departments of Melbourne and Latrobe Universities. She has also spent ten years outside the paid work force raising two children and caring for the needs of her family. Anne lives just outside Melbourne.