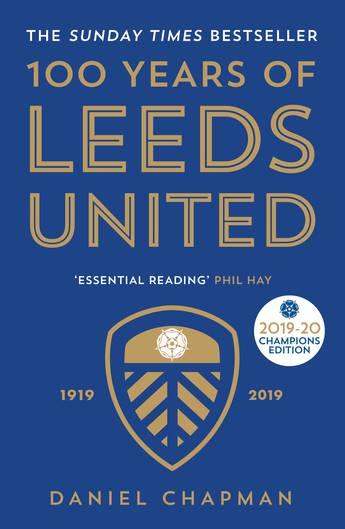 Published in association with Leeds United to coincide with the club's centenary celebrations.

'Every up and down at Leeds United. Essential reading.' - Phil Hay

100 Years of Leeds United tells the story of a one-club city and its unique relationship with its football team. Since its foundation in 1919, Leeds United Football Club has seen more ups and downs than most, rising to global fame through an inimitable and uncompromising style in the 70s, clinching the last Division One title prior to the Premier League's inauguration in 1992, before a spectacular fall from grace at the start of the 21st century.

United remains one of the best supported - and most divisive - clubs in football, with supporters' clubs dotted across the globe.

In 100 Years of Leeds United, Chapman delves deep into the archives to discover the lesser-known episodes, providing fresh context to the folkloric tales that have shaped the club we know today, painting the definitive picture of the West Yorkshire giants.
More books by this author

Daniel Chapman was born and raised in Leeds, but found his nerdish fervour for Leeds United during an enforced exile, returning to the city and a season ticket as soon as he could. He has co-edited Leeds United fanzine The Square Ball since 2011, taking it through its 25th anniversary, and seven nominations for the Football Supporters' Federation Fanzine of the Year award, winning twice. He has written a film and book about Howard Wilkinson's title winning team at Leeds, both called Do You Want To Win?, and can be found reporting weekly on Leeds United through Twitter, as MoscowhiteTSB.