The inside story of the most notorious Ashes series in history 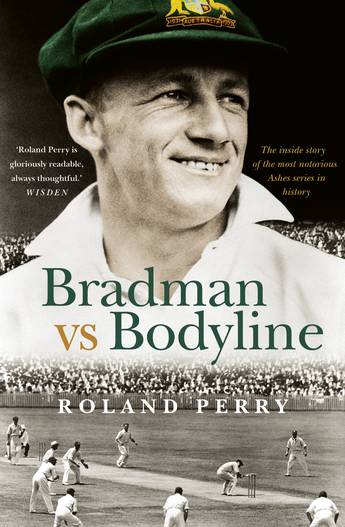 The definitive story of the most controversial chapter in the history of Australian and English cricket, the notorious Bodyline series, by Roland Perry, author of Sir Donald Bradman's authorised biography, The Don.

The 1932-33 Ashes was the most notorious and polarising series in the history of cricket.

The events of that turbulent summer centred around Don Bradman, the greatest batsman ever to play the game. With him in their side, Australia appeared unbeatable. And yet England alleged they had found the one shortcoming in Bradman's extraordinary technique. Their ruthless attempts to exploit that real or imagined vulnerability created an international crisis that threatened the very fabric of the Empire.

Using new material and his previous unparalleled access to Sir Donald Bradman, Roland Perry has written the definitive account of Bradman and the Bodyline series. Compelling, extensively researched and full of new insights, Bradman vs Bodyline takes us behind the scenes as first Arthur Carr then Douglas Jardine planned a 'fast leg theory' attack designed to potentially injure Australia's unstoppable batsman, and the rest of the team, to allow England to retake the Ashes.

From Bodyline's genesis in English county cricket to the key protagonists of Jardine, Harold Larwood and Bradman himself, Roland Perry has written the complete and captivating story of a sporting outrage that came closer to destroying the relationship between Australia and England than anything before or since.

'The Don is a sterling biography . . . it gives a riveting account of many of Bradman's innings, and one can almost feel the excitement that gripped cricket fans when he strode out to bat.' Herald Sun

'A riveting and engrossing account of the life and times of cricket's mega hero . . . Bradmanlike in research and presentation.' Australian Cricket Magazine
More books by this author

Roland Perry is the bestselling author of The Don, The Changi Brownlow, Bill the Bastard, Horrie the War Dog and Red Lead among many others.