A Journey to the Heart of Welsh Rugby 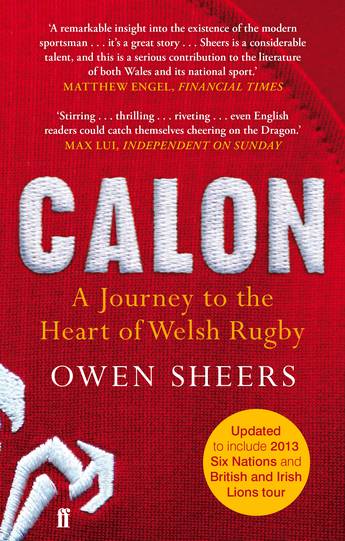 A celebration of the Welsh obsession with rugby from the award-winning author of Resistance.

There are moments when the many, through the few, become one.

At the 2011 Rugby World Cup a young Welsh side captained by the 22-year-old Sam Warburton, captured the imagination of the rugby-watching world. Exhibiting the grit and brilliance of generations past, an ill-fated semi-final ended in heartbreak. But a fledgling squad playing with the familiarity of brothers had sent out an electrifying message of hope: could this be a third golden generation of Welsh rugby?

It was with this question hanging in the air that Owen Sheers took up his position as Writer in Residence for the Welsh Rugby Union. Calon is the document of a year spent at the heart of Welsh rugby; the inside story of a 6 Nations campaign that galvanised a nation and ended in Grand Slam success for the third time in 8 years.

What does rugby mean to Wales? Where does the heart of Welsh rugby lie? In Calon, Owen Sheers takes a personal journey into a sport that defines a nation. Drawing on interviews and unprecedented access with players and WRU coaching staff, Calon presents an intimate portrait of a national team in the very best tradition of literary sports writing.
More books by this author

Owen Sheers is novelist, poet, playwright and broadcaster. His novel Resistance was recently made into a major feature film.