Spies, Subterfuge and Secret Operations at the 1956 Olympic Games 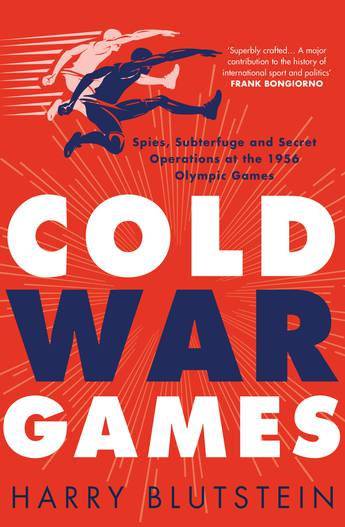 Cold War Games shows vividly how the USSR and US exploited the Melbourne Olympic Games for propaganda, turning athletic fields, swimming pools and other sporting venues into battlefields in which each fought for supremacy.

The 1956 Melbourne Olympic Games have become known as the 'friendly games', but East-West rivalry ensured that they were anything but friendly. From the bloody semi-final water polo match between the USSR and Hungary, to the 46 athletes who defected to the West, sport and politics collided during the Cold War.

Cold War Games is a lively, landmark book, with fresh information from ASIO files and newly discovered documents from archives in the USSR, US and Hungary, revealing secret operations in Melbourne and showing just how pivotal the 1956 Olympic Games were for the great powers of the Cold War.
More books by this author

Harry Blutstein has worked as a freelance journalist since 1972 and his articles have appeared in the Nation Review, The Australian, The Age, The West Australian, The Canberra Times and the Australian Financial Review. More recently he has published several books. They include An Insider's Guide to Australia (Kummerly & Frey, 1995), Ascent of Globalisation (Manchester University Press, 2016) and his latest, Cold War Games (Echo Publishing, 2017). He is also an adjunct professor at RMIT University.