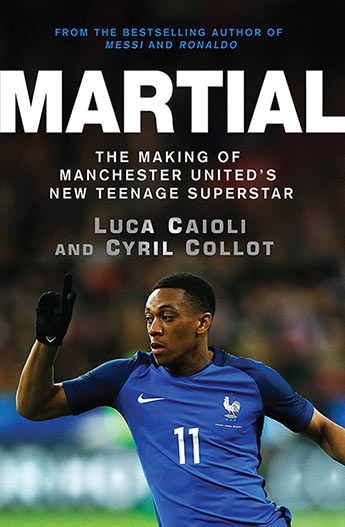 The first ever biography of Manchester United's teenage superstar.

On September 1st 2015, Anthony Martial completed his transfer from Monaco to Manchester United. At just 19 years of age, the fee of GBP36m (potentially rising to GBP58m) made him the most expensive teenager of all time.

He had caught the eye of many with his performances for Monaco in the previous season's Champions League, but eyebrows were raised when the price was revealed. A debut goal against bitter rivals Liverpool helped get the home support onside, whilst a return of four goals and an assist in his first six games subdued his critics as he became integral to Manchester United's attack. Renowned sports biographer Luca Caioli talks coaches, teammates and even Martial himself, to provide an unrivaled behind-the-scenes look at the life of the teenage superstar.
More books by this author