A Centenary History of Women and Australian Rules Football 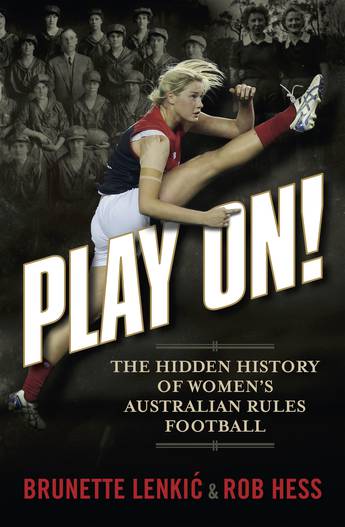 Since the inception of Australian Rules football in the 1850s, women have been eager to be involved. More than 100 years ago, they began taking to the field. However, their stories have largely been invisible - sidelined, ignored or forgotten.

Play On! - the first, comprehensive history of women's Australian Rules football - showcases the athleticism, hard work and resilience that has kept the women's game alive. Discover how competitive women's football began with shop assistants at Perth department stores, how female footballers supported soldiers in both world wars, and how a few passionate women created state and territory leagues across Australia.

With schoolgirls' competitions flourishing, state leagues growing, and a national league imminent, the women's game has never been stronger. Talented, dedicated and proud women over the past century have made Australian Rules football a truly national game.
More books by this author

Brunette Lenkic is a journalist. She curated the Bounce Down exhibition at the State Library of Western Australia in 2015, marking the centenary of the women's game where it first began just after the outbreak of the Great War.

Rob Hess has written extensively about female participation in football in a range of academic publications, and has spoken about the phenomenon on television and radio and to conference audiences across the country.