The 50 Greatest Rugby Union Players of All Time 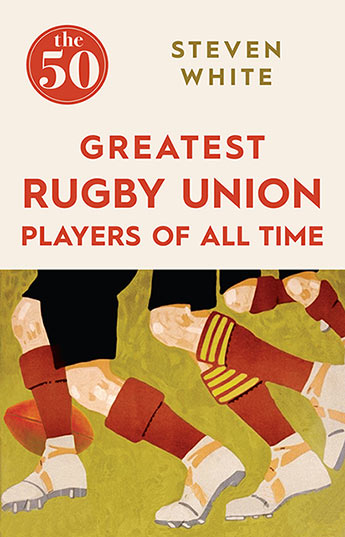 A passionate rugby fan risks controversy as he narrows down rugby's finest to select his greatest 50.

From powerful props to explosive centres, tricky wingers to fearless scrum halves, this list brings together the greats of every shape, size and position.

Is the might of Jonah Lomu preferred to the vision of David Campese? Who was better, Jonny or Johnno? Did a legendary Australian fly-half who retired at 25 do enough to warrant inclusion? And which heroic captain had the greater nickname, Colin 'Pinetree' Meads or John 'Nobody' Eales (because Nobody's perfect)? But most importantly, who will be crowned the greatest rugby player of all time? This book is a must- read for rugby fans everywhere - and the likely start of many debates. Published in time for the Six Nations 2016 and fully updated following the 2015 Rugby World Cup, hosted in England.
More books by this author

Steven White is a rugby union enthusiast who studied Writing for Publication at the University of Leeds. His writing has appeared in Sabotage Times and thinkfootball.co.uk (all for the other footballing code!). Steven works in publishing and lives in East London.