Warwick Armstrong and the making of modern cricket 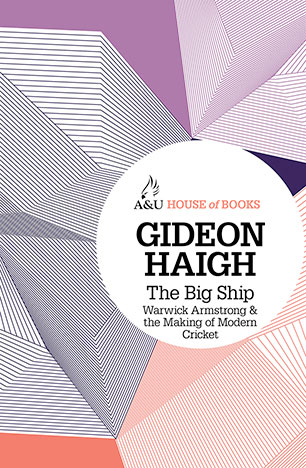 A biography of Warwick Armstrong, the spiritual forefather of Steve Waugh and his present-day all-conquering Australians, and a literally giant figure in the history of modern cricket.

Warwick Armstrong was the W.G. Grace of the antipodes. A 21 stone mountain of a man, he dominated Australian cricket in the early decades of the 20th century as its outstanding all-rounder, and in 1920-21 led the Australian Test team to the only 5-0 victory in an Ashes series - a historic feat not even Steve Waugh's remarkable 2001 side managed to repeat. Irascible and curmudgeonly, he was also arguably the first cricketer of the modern age. He demanded his full financial worth, played the game to the edge of the laws and sometimes beyond, and even anticipated the phenomenon of match-fixing. When people called him the Big Ship, they meant he was unsinkable. This is a biography of the spiritual forefather of Steve Waugh and his present-day all-conquering Australians, and a literally giant figure in the history of modern cricket.
More books by this author

Born in London and based in Melbourne, Gideon Haigh has been a journalist almost thirty years, and written widely on business, sport, both and neither. He is the author of twenty-five books.