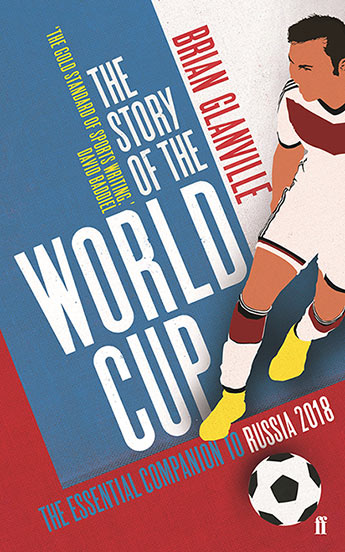 A fully updated and revised account of the world's most famous, glorious football tournament.

Brian Glanville's dramatic history of the world's most famous football tournament has become the most authoritative guide to the World Cup. His classic, bestselling account is a vivid celebration of the great players and legendary matches in the competition from Uruguay in 1930 to Brazil in 2014 - as well as a bold attack on those who have mismanaged the 'beautiful game'. Fully revised and updated in anticipation of Russia's hosting of the event in 2018, this is the definitive book on the World Cup for football fans and novices alike.
More books by this author

Brian Glanville, novelist and journalist, is one of the world's best writers on football. He spent nearly thirty years as a football correspondent for the Sunday Times - to which he is still a contributor - and has also written for The People, as well as contributing obituaries of prominent players to The Guardian.