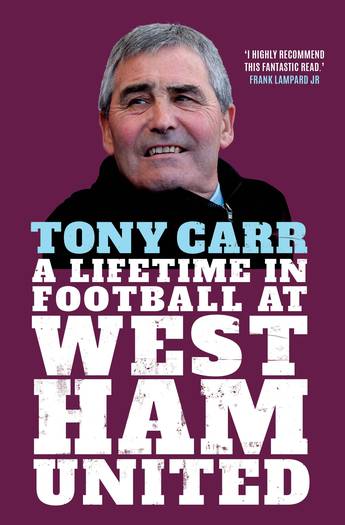 Tony Carr is one of the most influential coaches of all time. Having achieved his boyhood dream of signing with West Ham United in 1966, a broken leg forced Carr to end his playing career before it had even begun. Not to be deterred, he decided to forge himself a new path and was appointed director of youth football at West Ham in 1973, aged just 23.

As Carr tells in this book for the very first time, over the next 43 years he honed his craft, becoming admired for identifying and nurturing young talent, guiding multiple generations of international footballers through the ranks at The Academy of Football.

He recounts the highs and lows of his time with West Ham, with tales of the managers he coached under as they talk frankly about football and their place within it.
More books by this author

Tony Carr was born in Bow, East London and joined West Ham as a teenager, spending 48 years at the club. He won the FA Youth Cup twice and was made an MBE for his services to football in 2010. He lives in London.