Confessions of an All-Night Runner 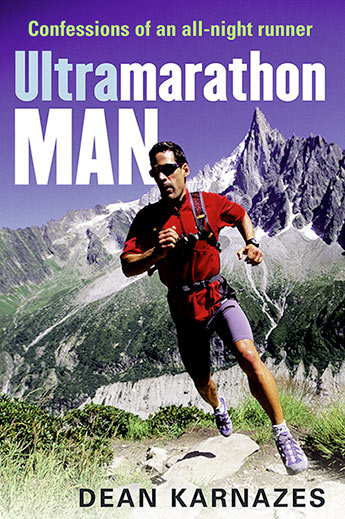 The inspiring journey of Dean Karnazes, an internationally recognized endurance athlete who has pushed his body and mind to inconceivable limits. Includes a new epilogue detailing his training and diet tips.

'[Karnazes'] spirited memoir . . . can help mere mortals who want to push past their perceived limits or simply jump-start their sedentary lives.' - Chicago Tribune

Dean Karnazes is an internationally recognised endurance athlete who has pushed his body and mind to inconceivable limits. In this remarkable memoir, he recounts the personal events that have led to him becoming an extraordinary athlete. The seeds of his talents were seen early - at the age of nine he rode his bike alone over fifty miles to his grandmother's house. As an adult, he's taken part in a marathon across Death Valley, a 200 mile, twelve-person relay race (which he ran solo, of course) and one of the biggest and most controversial challenges of all - the first marathon ever run to the South Pole.

In Ultramarathon Man, Dean recounts all these races and other unbelievable achievements. He introduces us to the sometimes bizarre emotional and psychological make-up of endurance runners, as well as the peculiar mores surrounding the subculture of ultra-endurance athleticism. The book is filled with fascinating characters and situations from the touching (how his running helped to pull his family back together) to the absurd (organising to meet the pizza delivery man on the highway during his run!).

Dean's story will amaze, fascinate and inspire even the most comfortable couch potatoes. And in a new epilogue, Karnazes answers the two questions he's most often asked: What, exactly, do you eat and How do you train to stay in such good shape?
More books by this author

'Running with Dean Karnazes [is] like setting up one's easel next to Monet or Picasso,' said The New York Times .

In 2004, Karnazes won the Badwater Ultramarathon in Death Valley - 'The World's Toughest Footrace' - running 135 miles in 120-degree Fahrenheit temperatures, in 27 hours, 22 minutes, and was named one of GQ 's 'Best Bodies of the Year.' In 2006 he completed the 'Endurance 50' event, running 50 marathons in 50 consecutive days in the 50 states of the US. The president of Good Health Natural Foods - and, according to Sports Illustrated Women , 'one of the sexiest men in sports' - Karnazes lives with his family in San Francisco.