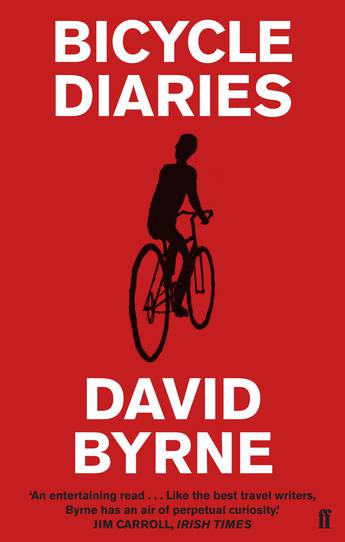 Since the early 1980s, David Byrne has been riding a bicycle as his principal means of transportation in New York City. A few years later he discovered folding bikes, and starting taking them with him on music tour overseas, and experienced a sense of liberation as he pedalled around many of the world's principal cities. The point of view from his bike seat has given Byrne a panoramic window on urban life over the last thirty years as he has cycled round cities such as London, Berlin, Buenos Aires, Istanbul, Manila, New York, and San Francisco. From music and the visual arts, to globalisation, politics, the nature of creative work, fashion and art, this book gives the reader an incredible insight into what Byrne is seeing and thinking as he pedals around these cities.

Filled with intimate photographs, incredible musical stories and a powerful ecological message, this is a enchanting celebration of bike riding - of the rewards of seeing the world at bike level.
More books by this author

David Byrne was born in Dumbarton, Scotland, in 1952, and attended Rhode Island School of Design and Maryland Institute College of Art. He is primarily known as the musician who cofounded the group Talking Heads (1976-88), and has also been involved in an array of music, theatre, art and film projects, including work with Brian Eno, Thwyla Tharp, Robert Wilson, Jonathan Demme and Bernardo Bertolucci. He currently lives in New York.